A very exciting opportunity has arisen for the Loxone Miniserver to play a part in restoring a magnificent piece of British history.

Loxone Silver Partner, InDOME, has been selected to carry out the installation of Loxone at Coton House following a devastating fire.

Coton House is a Grade II* listed, late 18th-century country house at Churchover, near Rugby, Warwickshire, which has been owned by Royal Mail since 1970 and up until five years ago, was used as a conference and training centre. 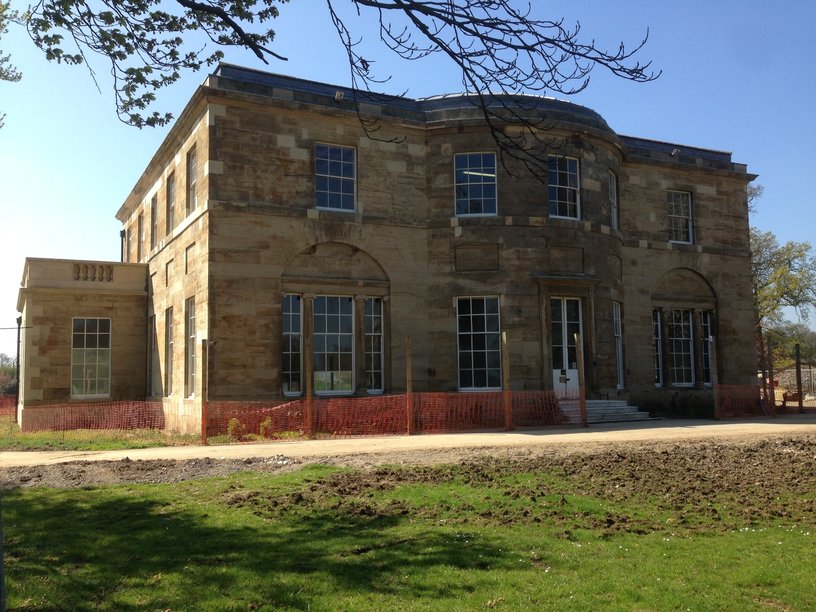 On the morning of June 22nd, 2010, a great fire broke out on the first floor and roofspace of Mansion House at Coton House, ripping through the building and destroying many of the artefacts inside. The smoke could be seen for miles around and more than fifty fire-fighters were called in to help battle the blaze. Fortunately, no-one was hurt and the fire was brought under control within hours, but sadly the damage was done.

Anyone who owns a listed property will know of the ‘red tape’ that surrounds making changes of almost any kind to a listed building. The preservation of the original features and architecture of these buildings often prevents any major changes being made to the property, so Coton House is truly breaking the mould with the installation of smart home technology as part of its restoration.

In an official press release, Herman Abel, managing director of InDOME, had the following to say about the restoration:

“The restoration project is a truly unique opportunity to fit ultra-modern home automation technology into an historic building. Having Grade II* Listed status means that even simple alterations to such buildings are normally prohibited, making them unsuitable for home automation installations. InDOME has an unprecedented opportunity to demonstrate how modern home technology can be smartly integrated within a historic building. It will be traditional looking from the outside, traditional from the inside, but very clever and high-tech in between. We have been advised by conservation specialists that here is no other Grade II* Listed building in the whole of the UK that has complete home automation installed – Coton House will be truly unique of its kind.”

We’re looking forward to working closely with InDOME on this project and seeing Coton House become even more magnificent than its former self thanks to the addition of our little green Miniserver. The restoration is due to be completed at the end of this year, so keep an eye out for future progress reports!