Regular visitors to the website might recognise the picture above as the Elk Passive House, a beautiful example of Loxone Home Automation just outside of Vienna that we featured in a case study here before. It featured on Austrian TV recently too (for anyone with a half-decent grasp of German, you can check it out here).

Somewhat surprisingly, the Elk Smart Bungalow‘s a pre-fabricated home; it was manufactured in sections off-site and delivered and assembled on site. Seriously. It’s a little more glamorous than the prefabs we think of in this country, isn’t it?! The old post-war prefabs, introduced as cheap and quick replacements for bomb-damaged homes, were cheap and a bit nasty – often little more than a just big garden shed. 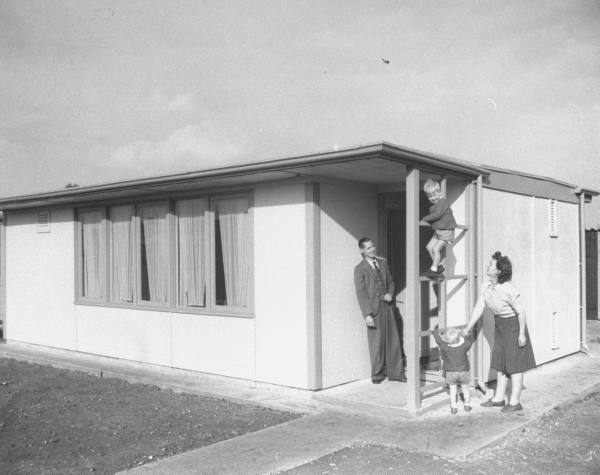 As shown by the Elk Passive House, prefabricated homes have come along massively over the years. Their popularity in central Europe has soared over the past few decades where prefabs have proved that offering flexibility and huge savings, not to mention being eco-friendly, is a big pull for home buyers. And, slowly but surely, the popularity of these ‘off-the-shelf’ homes is rising over here in the UK. After all, cheap and environmentally-friendly? What’s not to like? Especially in austere times…

And it gets even better. With Elk’s range of prefabs, you can get Loxone‘s Home Automation pre-installed. The walls that get unpacked from the lorry and stuck into the land you’ve bought can be pre-wired with all the cables and kit you need to take total control of your new home. The first day you spend in your new place with be totally Loxone‘d. Sounds alright, doesn’t it?!

You decide the level of automation you want too, there’s a choice. From the most basic level of Smartness all the way up to crazy super Smart – it’s up to you. Your home comes pre-configured as well.

Elk have sold more than 30 of these Loxone-loaded prefabs so far on the continent and what’s more – they’re now available over here in Britain!

So there you have it. Prefab Home Automation. It might well be the future… If you’ve not yet read our Elk Passive House Case Study, take a look here and see just what can be done in a prefabricated Smart Home!

Case study from the USA: The Coats’ Residence