Detailed technical data can be found on the Product Datasheet here. 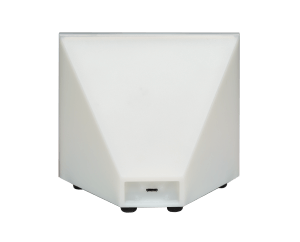 The Touch Nightlight Air is powered by the supplied USB power supply. Only use the original power supply provided.

A detailed description of the commissioning of an Air device can be found here. 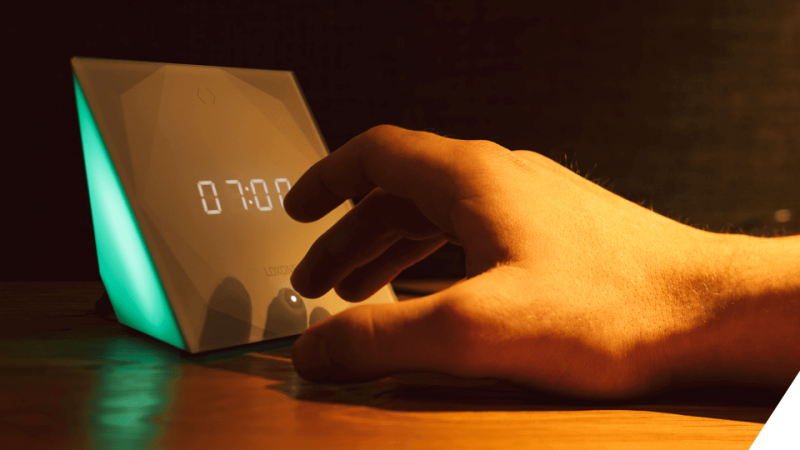 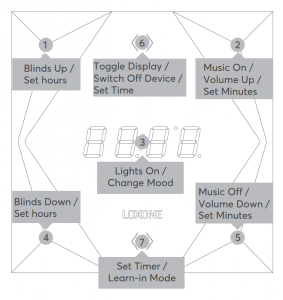 When using the 12-hour time format, the distinction between morning and afternoon is indicated by a dot on the display. The time format can be changed in the project’s properties in Loxone Config.

The Touch Nightlight Air automatically switches to “inactive mode” after 20 seconds. A distinction is made here between two display brightness levels (active/inactive). These brightness levels can also be adjusted via the visualization in the app or in Loxone Config on the assigned alarm clock block. If desired, the display can also be deactivated during inactivity.

If available, the following documents can be downloaded:

You can find available downloads here.