The wallbox function block is used to control the charging of your electric vehicle, whilst providing a graphical interface of its state and progress. You can use this function block with a charging station connected through the network, or through the inputs directly on the block.

The following charging stations are currently implemented as predefined devices within Loxone Config:

Press F5 to add in the ‘Wallbox’ function block. 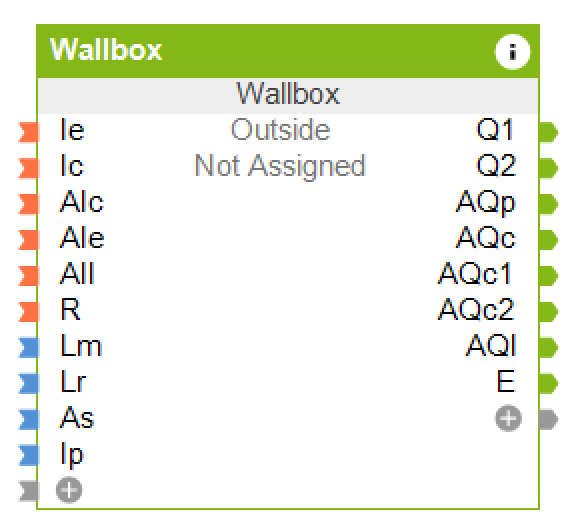 Within the properties of the function block, you can define the charging station you want linked to this Wallbox block. Only charging stations that are network controlled, and have already been added to the configuration will appear in this drop down list. 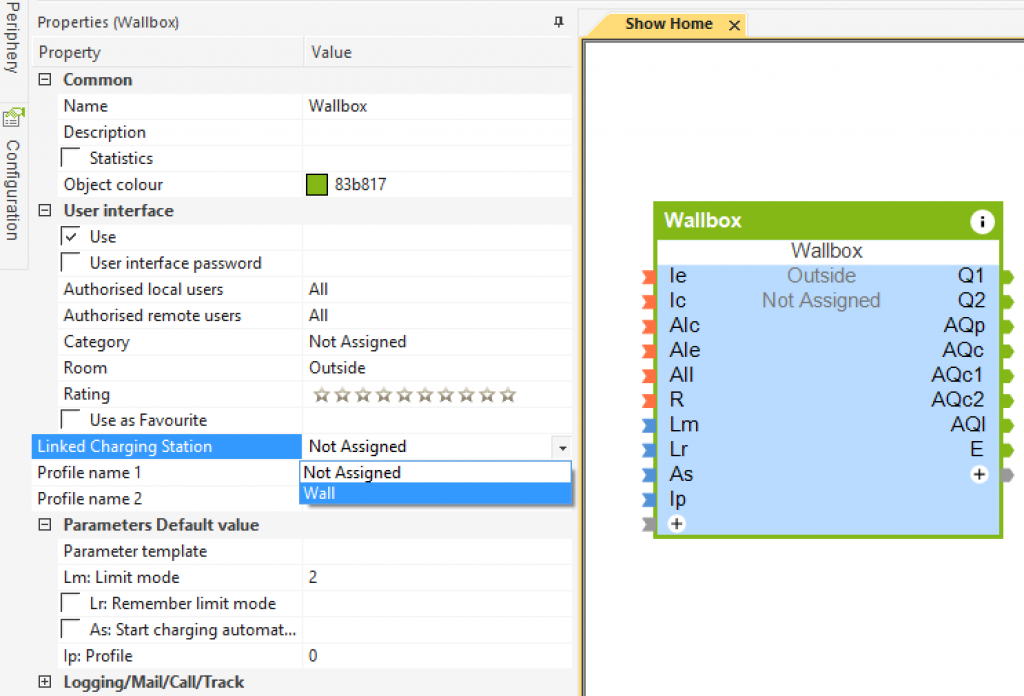 The Keba Wallbox communicates to the Miniserver through the local network passing on any useful information, for example, if the Vehicle is plugged into the charger. 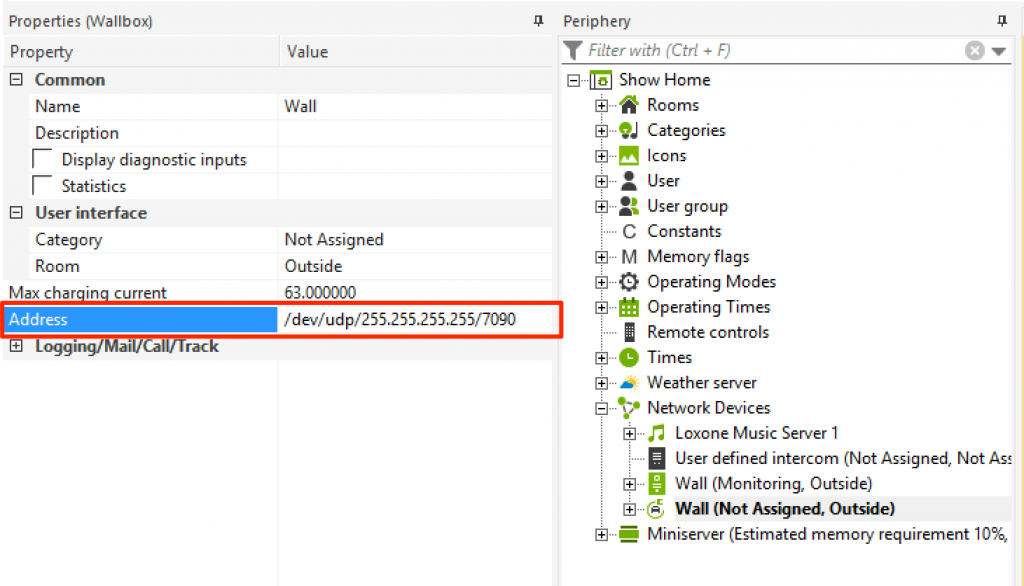 As all of the communication with the wallbox has been preset for you, the configuration is simple.

When using the Keba Wallbox, only the function block inputs Ie (Start/Stop charge), AII (Charging power limit) and R (Reset) should be used. The other inputs are not used as their data is received directly over the network, without any extra inputs being required.

The charging then begins when the vehicle is connected to the charging station and input le is active.

With the Keba Wallbox, you have the possibility to create different profiles for recording the statistics for the charging energy.

This is extremely userful when, for example, you have two electric vehicles at home and would like to separate them into separate statistics. Or you create a “guest” profile to avoid distorting your own statistics.

The profiles can only be selected via the visualization in a separate state or via the input Ip on the object. 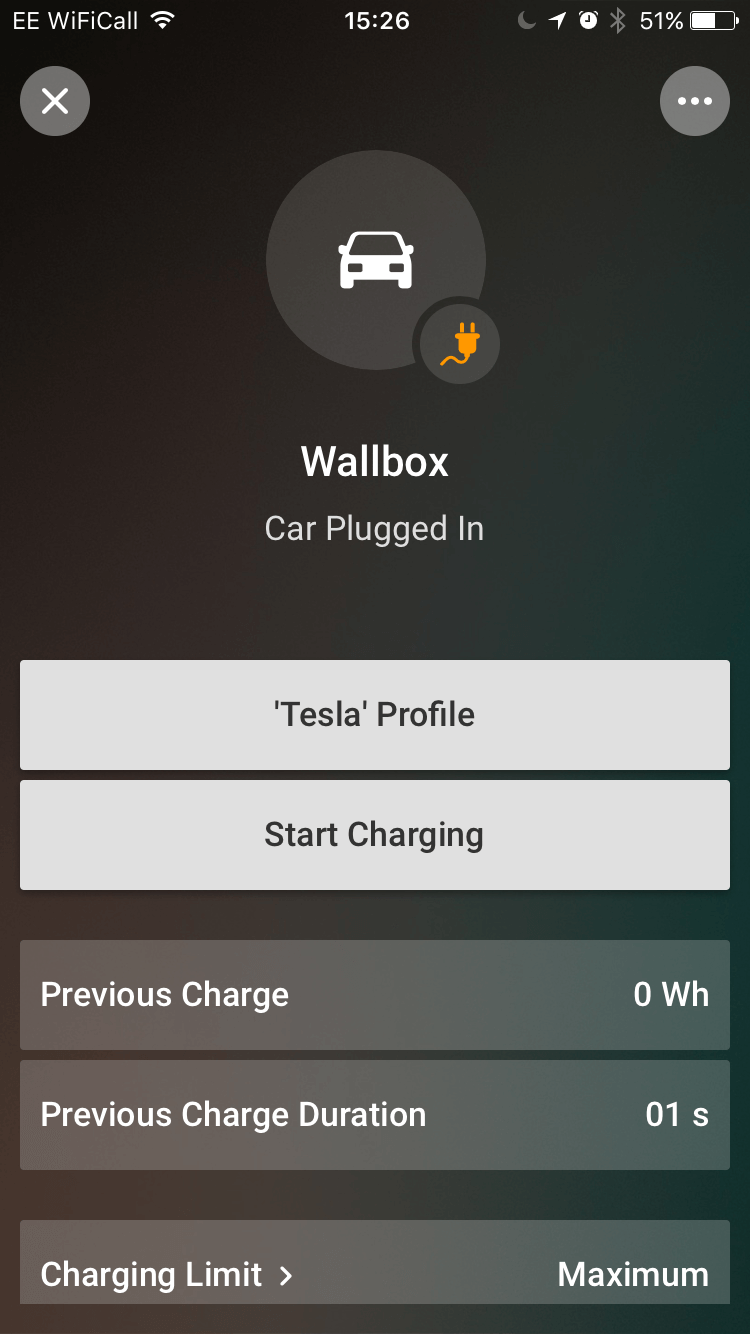 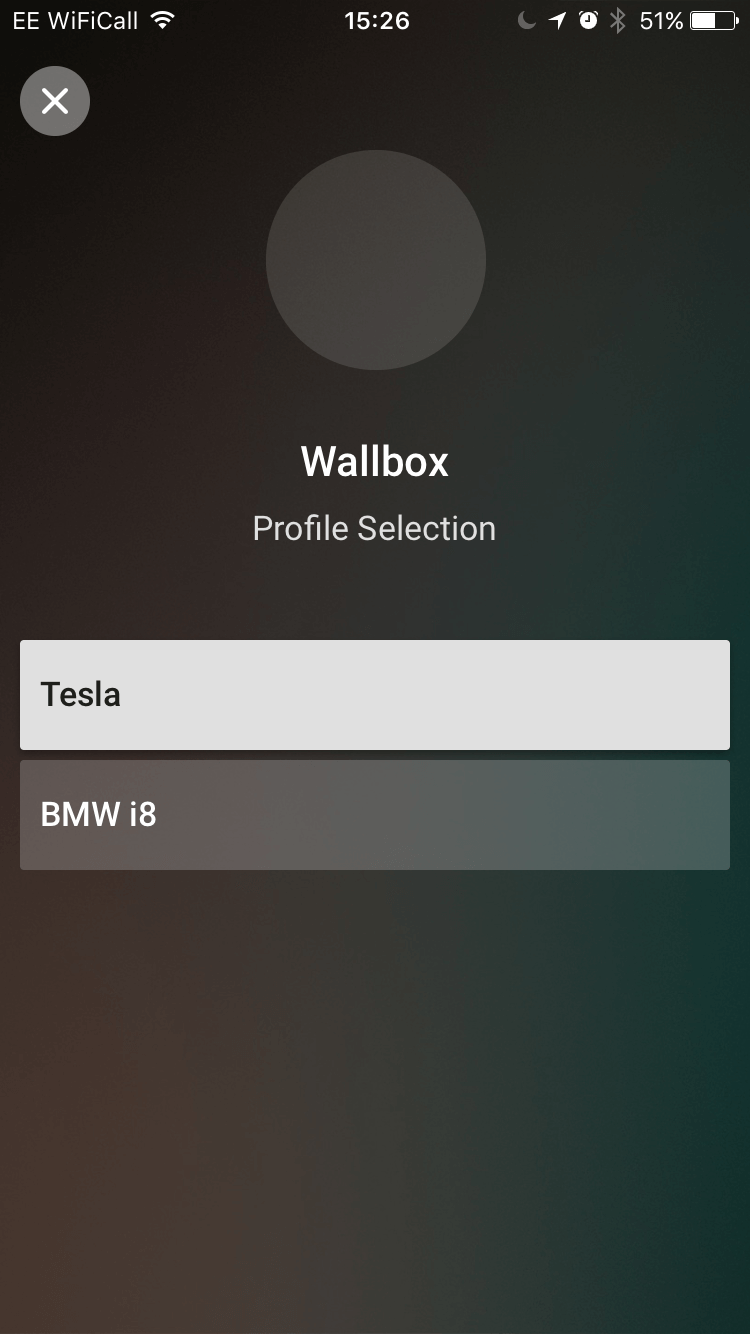 You can still use the Wallbox function block for any other charging stations that may not have been predefined within Loxone Config. These would be set up using all the inputs on the function block, and do not require a Charging Station selected in the properties drop down list.

As before, the Q1 output to charge the Vehicle will only be on once a Ic is on, indicating a Vehicle is connected, and input Ie is on. The inputs AIc & AIe are used to track the power and energy used in the charge sessions and can also be used as statistics.