The Touch Pure Flex is your 100% personalized control device with up to 12 freely definable and positionable touch points.
With the integrated LED matrix display, as well as 3 status LEDs, menus, values, texts and states can be displayed.
In addition, the Touch Pure Flex also serves as a Room Comfort Sensor thanks to the integrated temperature and humidity sensor.

Fasten the included plastic mounting frame to a flat surface or to a installation box. Alternatively, the aluminum frame can be used, available separately.

An junction box is not required, but highly recommended, as it makes it much easier to tuck away connecting wires or a spare loop behind the device. 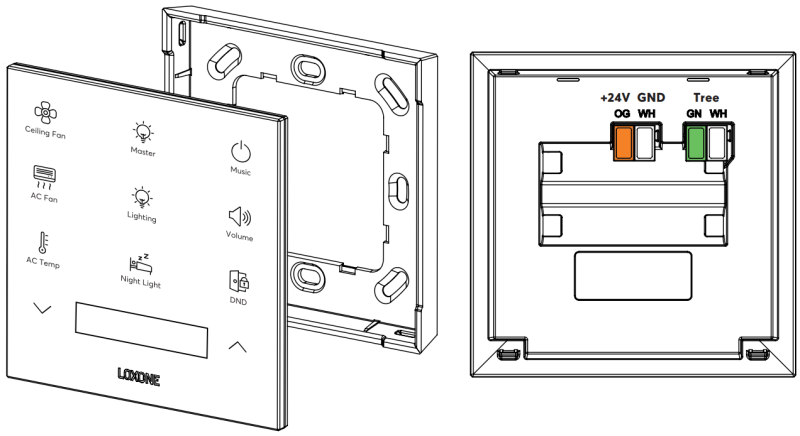 The Touch Pure Flex is first inserted into the top of the frame and then snapped into place at the bottom. To release the device, pull firmly on the bottom to disengage the latch.

A suction cup can be used to detach the device from the aluminum frame.

Switch on the power supply, then the display shows that the device is ready for pairing, if the wiring is correct (connection to Tree Interface/Miniserver is established).

Via "View/Configure button assignment" a window opens, here the respective Config ID (from the label of the Touch Pure Flex) is entered. 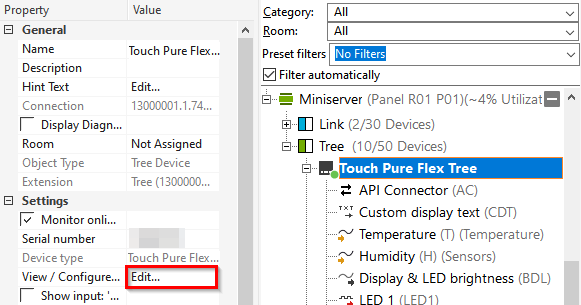 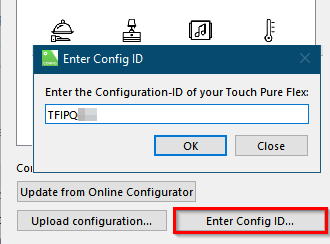 After that, the Touch Pure Flex configuration is downloaded from Loxone and the button icons are visible in the dialog.
If commands were also defined in the Online Configurator, these are now also assigned to the device.
Alternatively, the individual button inputs are also available after downloading the configuration.

To change or create new commands, click on the respective button and open the API Command Generator in the corresponding line via the cogwheel: 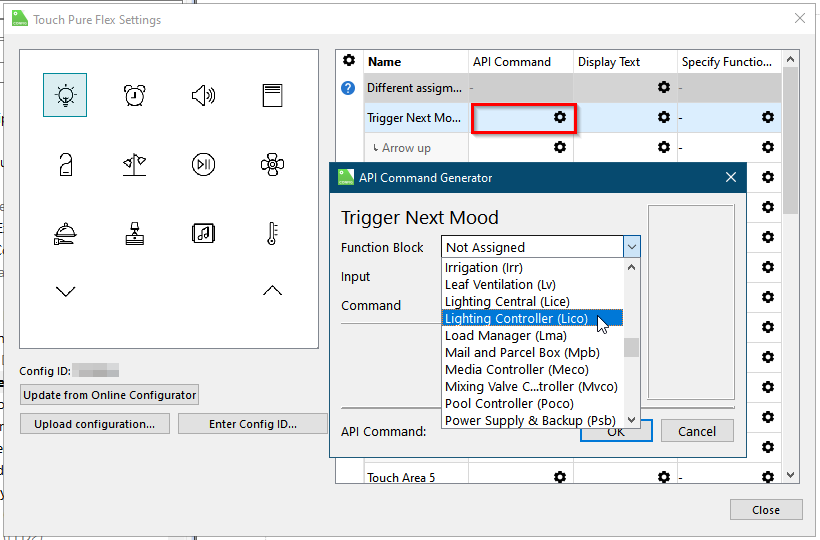 In the following example, we select a lighting controller and the input for selecting the mood. The "MENU" command then enables a menu selection of the moods on the Touch Pure Flex via the display and the arrow keys. 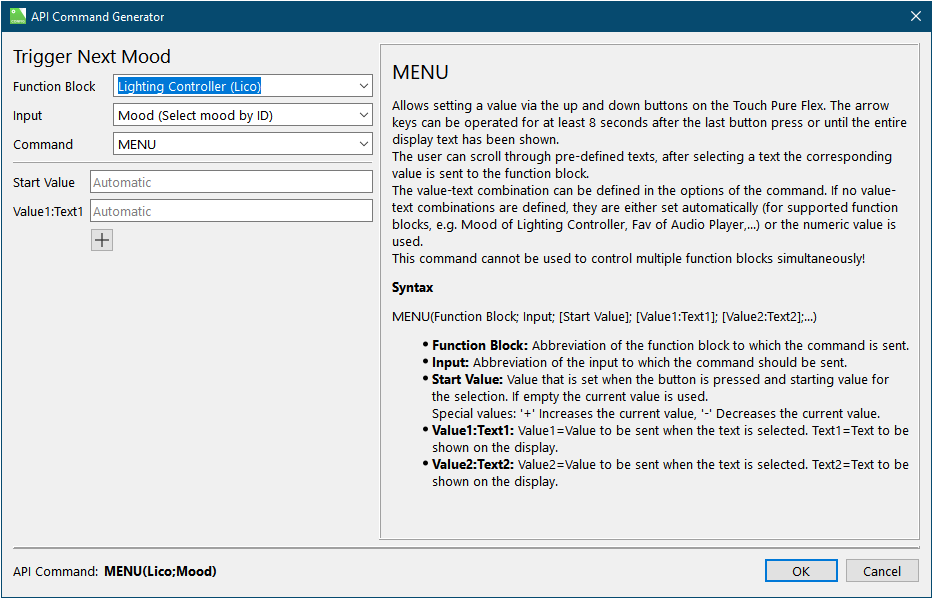 Now the Touch Pure Flex is dragged onto the desired lighting controller, the API Connector is created automatically:

In the Simulation/Liveview a representation of the Touch Pure Flex can be opened.
This way the created commands can be tested: 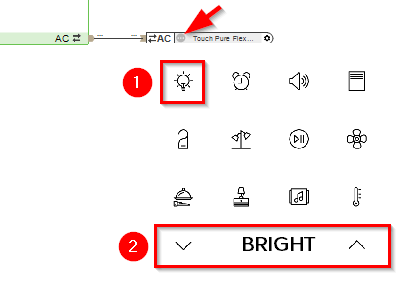 Commands for numerous blocks can be created according to the same principle. The following document contains a list and explanation of the possible commands: