In order to use the "Music Server Zone" function block, a Music Server must first be commissioned and created in Loxone Config.

If a zone is renamed, this change will be applied for AirPlay and other services at the latest after a reboot of the Music Server.

Although UPnP / DLNA is a defined standard, some additional parameters must be considered. 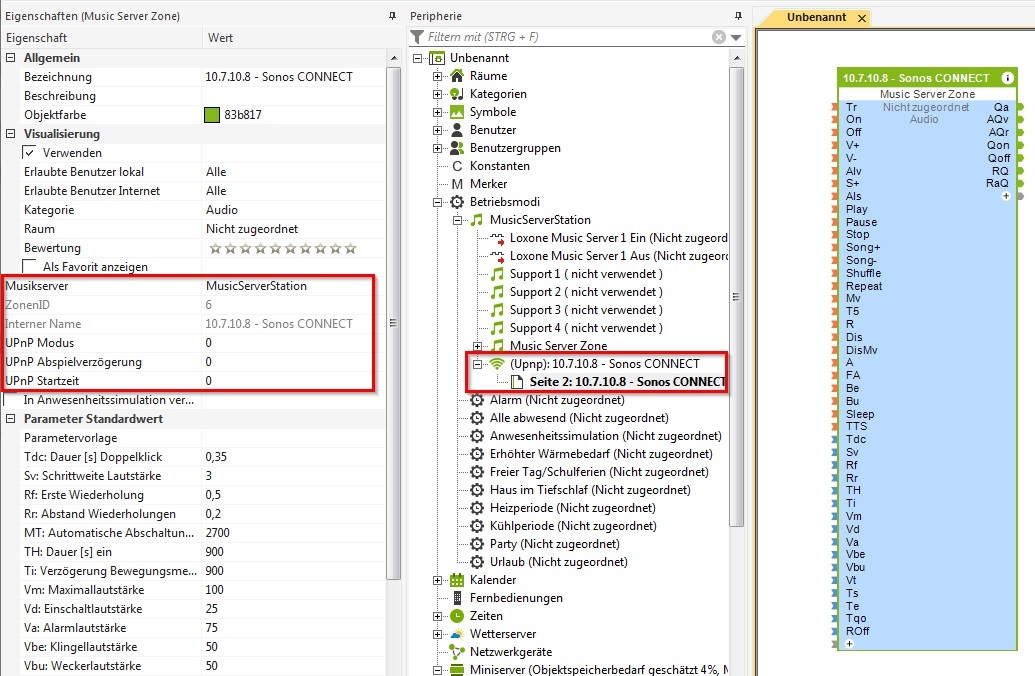 The default UPnP mode is 0 and the Music Server automatically selects the appropriate settings provided by the UPnP device.

With certain devices, the Music Server cannot automatically select the correct settings. For this, we have created predefined UPnP modes for popular devices:

0 = Autodetect (as far as possible depending device)

If the device does not appear in this list and problems still occur with the UPNP device, please use the following settings:

2001 = When no music is audible, the player in the user interface indicates that music is being played.

2002 = If the change to the next song fails / playlists can not be played.

2003 = If the zone plays once but after a PAUSE no PLAY works anymore.

All event inputs play the event with a rising edge until the edge is back to 0. That applies to:

If one of the inputs in the config is active, the event sound will be played once. Thereafter, the zone remains paused until the edge is back to 0.

Even if the edge is very short, the event is played for the event time Te set in Config.

The Event Sounds can be accessed from the Music Server and the Data Generator (Windows Explorer) at the following address:

If you would like to set your own event sound, copy it into the folder. For the doorbell it is named as follows: "1-doorbell.mp3"