The Irrigation function block is used to control an irrigation system, for example in your garden.

It is able to factor in weather data such as precipitation and weather forecasts, allowing for demand-based irrigation.

By double-clicking on the block or via its settings, the configuration can be accessed, in which irrigation zones can be named and an irrigation duration can be set for each zone.
Each of these zones can control valves or valve groups via a separate output:

In this example, there are four irrigation zones that cover two lawns, one flower bed and a hedge. Up to 8 zones can be configured in the function block.
Next, the inputs and outputs of the function block are connected in programming:

A rain sensor is connected to the (Ra) input in order to determine rain duration. In the example, the system variable for rain is used.
The (Raf) input is used to provide the block with a forecast of the expected precipitation for the next few hours. The Loxone Weather Service is ideal for this, in the example the system variable for the expected precipitation is used.

When irrigation starts, the pump is switched on, and the outputs for the valves are switched on one by one for the set time (Tv1-8).
Alternatively, a specific valve output can be selected by an analog value via input (Sel), or all valve outputs (value 9) can be activated. 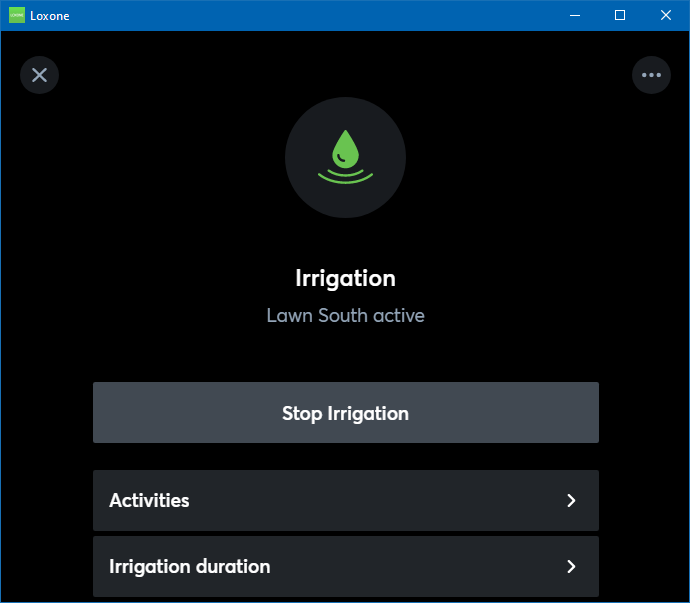 Unlike activation by logic via the function block input (Act), activating the irrigation manually in the user interface will start the irrigation in any case, even if there was sufficient rain or it is expected.

A history of recent activities is also available: 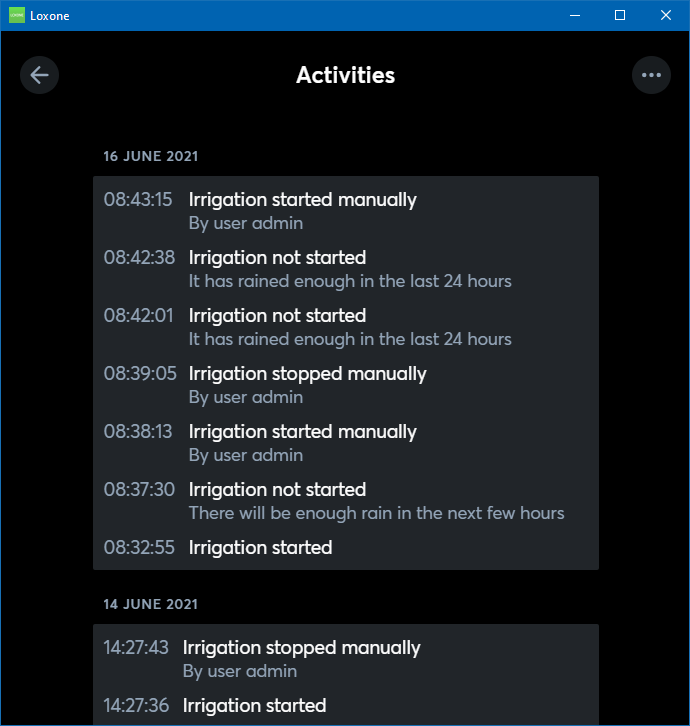