This East London apartment is home to Peter; his wife, Monika; and their young son, Tymon. We spent the day with them to find out more about what it is like living in a Loxone Smart Home. Being a smart home engineer himself, Peter is aware of the benefits that home automation brings…

“Having experienced many properties with various smart home features, it was a very easy decision to make! Convenience, comfort, extra functionality much above that of a standard home, automation of specific tasks, safety and entertainment elements that all come as a part of the package – we got it all and it does make you smile when you benefit from them every day!”

As the family could not delay moving in, and with a recent addition to the family, the installation needed to be as least disruptive as possible. So, detailed preparation and planning were key. Being a retrofit project, there was the option of using Loxone Air, however as the apartment had suspended ceilings, Smart Space Group opted for going the wired route – pulling about 2km of cabling throughout.

Floor plans were overlayed with detailed cable routes and the placement of the smart home technology devices such as speakers, downlights and RGBW LED strip. The planning stage also included a lot of consulting, optioneering and decision making – making sure that, room by room, the agreement was reached on the final functionality and placement of all devices. Once completed, the equipment was prepared off-site. It then took three members of the Smart Space Group just 3 days to pull all the cable and install all the Loxone Smart Home technology. The next step would be configuring the home to the Loxone Standard for a truly useful level of automation.

It was important that the technology did not distract from the crisp, clean-lined interior. Monika was initially not interested in smart home technology, saying that if it were to be installed that it should just work right every time and not be in her face. This is just one of the reasons the homeowners wanted to use Loxone rather than gadgets, each different from another. Many of us are guilty of buying a new gadget only for it to sit there cluttering the space without adding much actual benefit.

Peter knew that he wanted his home automation system to take care of the lighting, heating and security rather than having individual systems for each. The family had previously lived with multiroom audio, so they weren’t about to leave this out of the mix. Although not crucial, The family ideally wanted to also be able to integrate humidity sensing, ventilation, CO2 monitoring and automated curtains. Using only Loxone, all of these features have been realised.

“Do your homework beforehand – know what you want, set a realistic budget (it is much more than just the cost of the basic equipment, e.g. curtain fabric can be very expensive!) and plan well. And do not try to save time and money on communication – it’s the single biggest reason for most of the problems on any project.”

The home may be intelligently automated with Loxone, but when anyone in the home wants to take control, they can. The Loxone Touch switches control the lighting, multiroom audio and shading.

For this young family, living in a Loxone Smart Home means living in a more comfortable home… “Being able to wake in your bed, open the curtains, switch on the music and know your towel rail is heating up – all without leaving the bed. Having all of this happen for me without having to do anything is just a perfect start of the day!”

The multiroom audio seems to be a great hit with many visitors, while the smart lighting also tops the list for family and friends.
“When guests realise that all of the automation is part of a single system and how this ties in together, that is what really leaves them in awe.”

For Peter and Monika, the ability to play lullabies through their multiroom audio is a great advantage. Being able to control the playback via the Loxone Smart Home App without actually having to go into their little one’s room means that it is less disturbing as he drifts off into the land of nod.

This family faces a problem that isn’t too common for UK homes but he hasn’t had to turn away from the Loxone system to find a solution for this too… Soon after moving in, the family noticed that the air was quite dry inside their home. As the Loxone Touch switches already read the humidity levels in the room, adding a humidifier controlled with a Loxone Smart Socket Air means that before the air gets too dry, the humidifier kicks in until humidity levels are back to the desired level. Now that’s smart.

A Loxone Smart Home would already measure the humidity in a bathroom to know when to automate the extractor fan. Smart Space Group has taken this a step further and has Loxone controlling heating panels behind the mirrors. So when it gets steamy, the extractor fan kicks in and the mirrors start demisting automatically – and they turn off when Loxone gives the all clear. Gone are the days of having to reach for a towel to wipe down the mirrors after a shower. 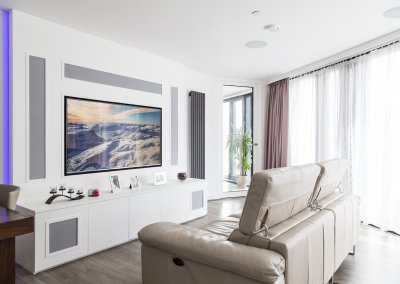 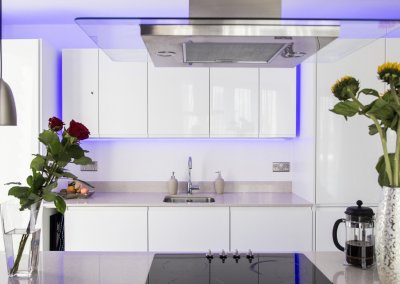 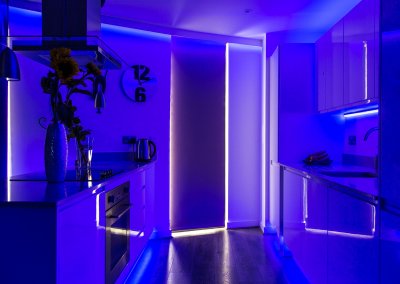 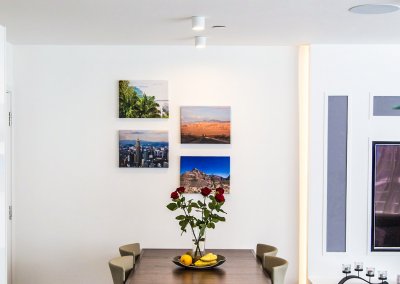 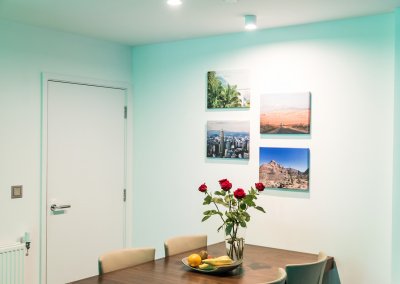 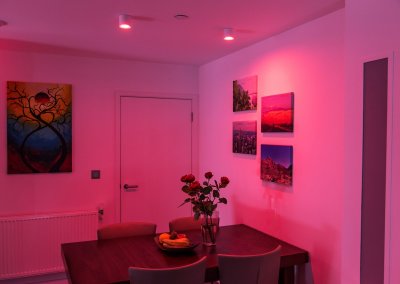 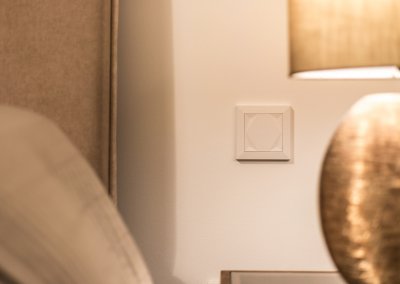 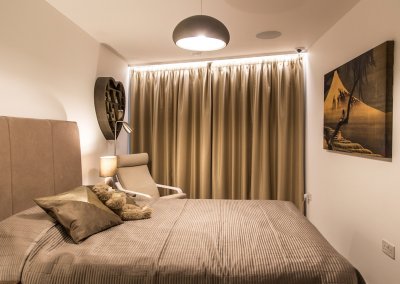 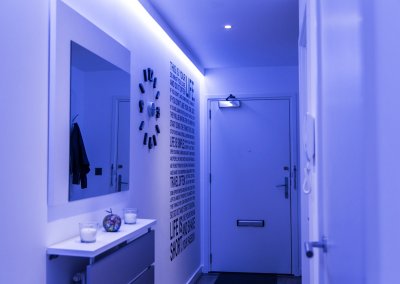 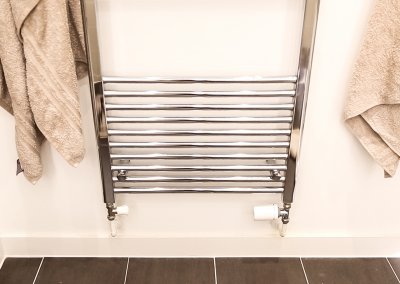 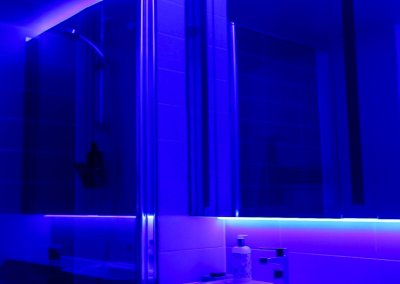 Smart Space Group are Gold Partners. Read the blog to find out more.