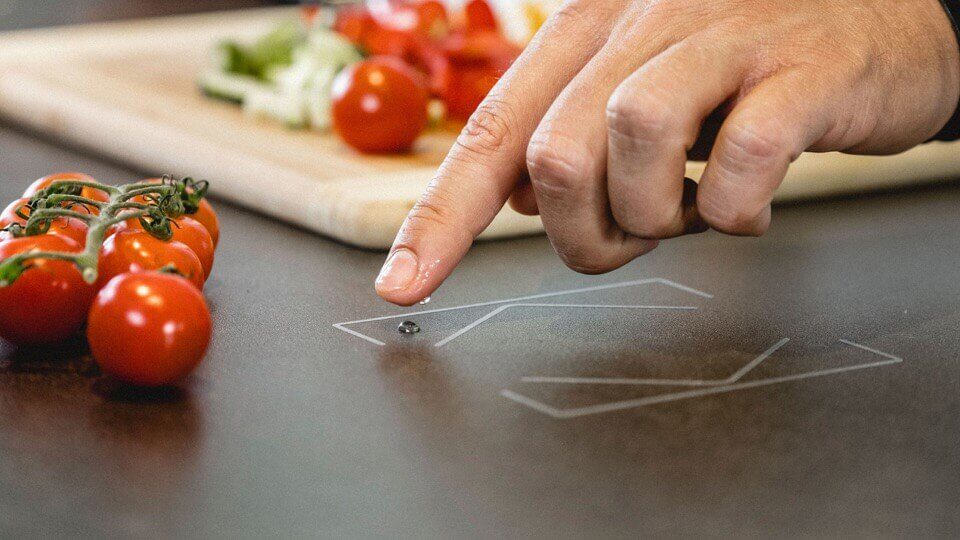 A few years ago when we were having a pool installed, a question arose: How could we control the counter current for the pool when we‘re actually in the pool itself (much like you can when you‘re in a hot tub)? A step further; how about a switch that was part of the smart home system and could be activated with just a single touch? This thought was where the idea for the Touch Surface was born…

A symbolic start
One of the founders of Loxone, Thomas, made a spontaneous recommendation one day: “Why don’t we integrate controls into the surrounding concrete of the pool? So that with just a simple touch you can switch the countercurrent on or off.”

“That sounds good, let’s do it. I’ll think of a few creative symbols and mill the stone” was the equally spontaneous answer from Martin, Loxone’s other founder. A prototype project was started, components ordered, wiring in place, and the experiments had begun.

The result was a practicable and simple solution. Using a technology that is found in every smartphone today, resulted in a “wow” from guests the moment they saw it.

Years later: We turned to the kitchen
Having proven itself, Thomas and Martin turned to the pool-side switch (known as the “Pool Stone”) a few years later when a similar question arose during the planning of the first Loxone Showhome in Kollerschlag.

“Can we somehow integrate something into the kitchen worktop so that we don’t always have to reach for a switch on the wall when our hands are messy from preparing food?”.

The pair tinkered around with the idea, made a few sketches and turned to the initial planning of the ‘Pool Stone’. The concept was there, it only needed to be refined to suit the familiar control of a Loxone Smart Home.

More ideas soon followed; “we could integrate LEDs to indicate the status”, and some challenges were tackled, like “we need to find a way to prevent accidental activation, such as when someone puts a pot on it.”

> As if by magic…turn your furniture into a switch 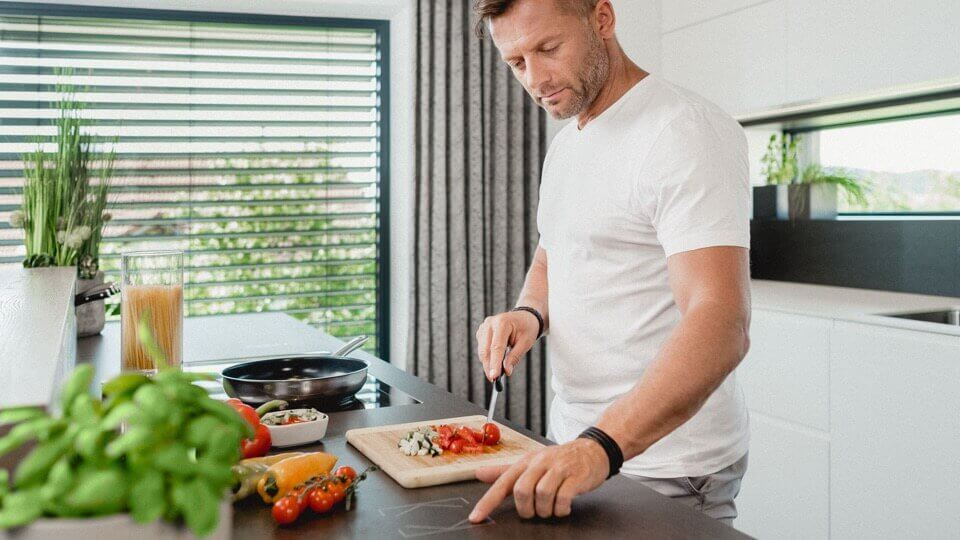 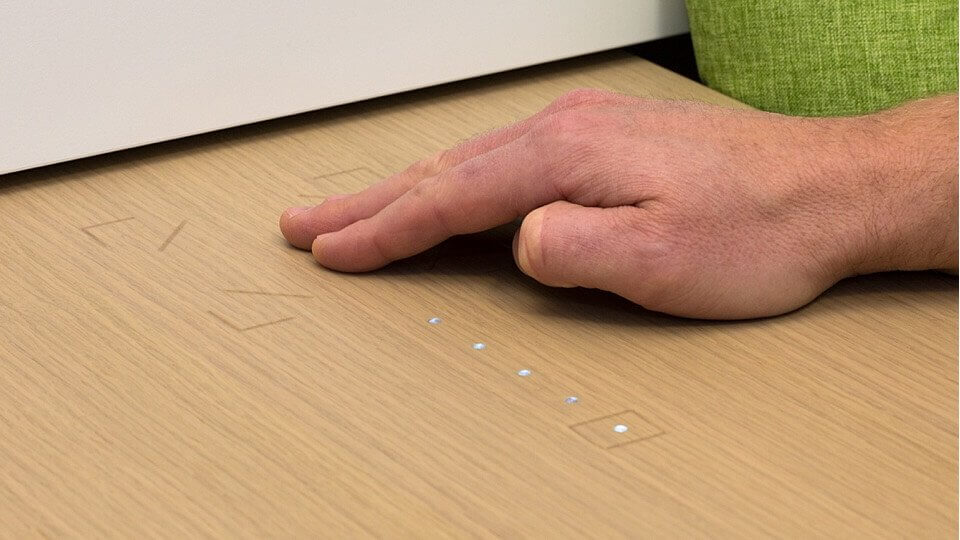 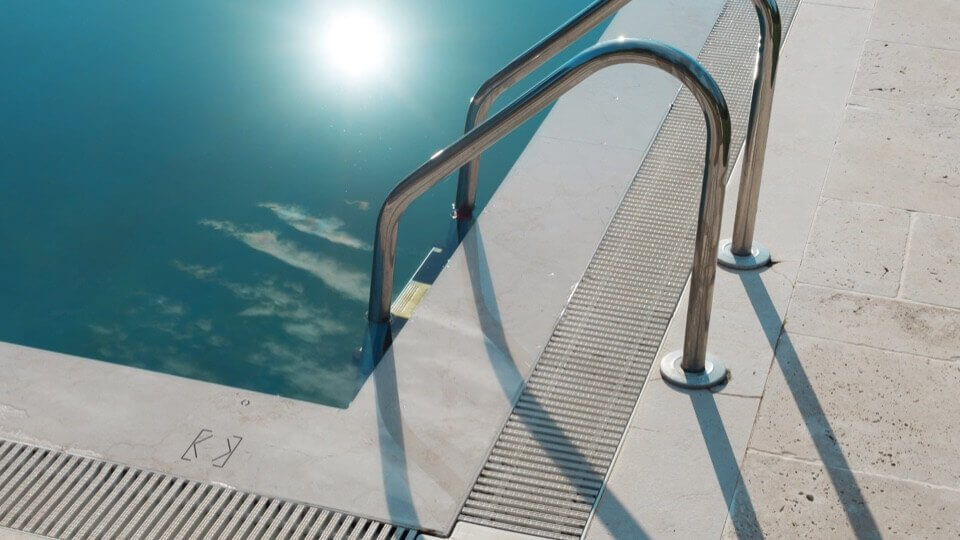 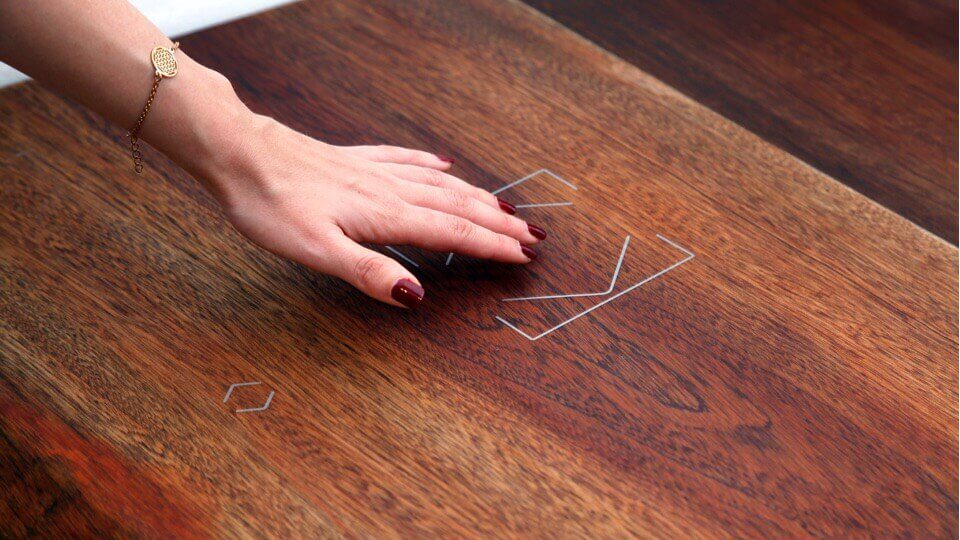 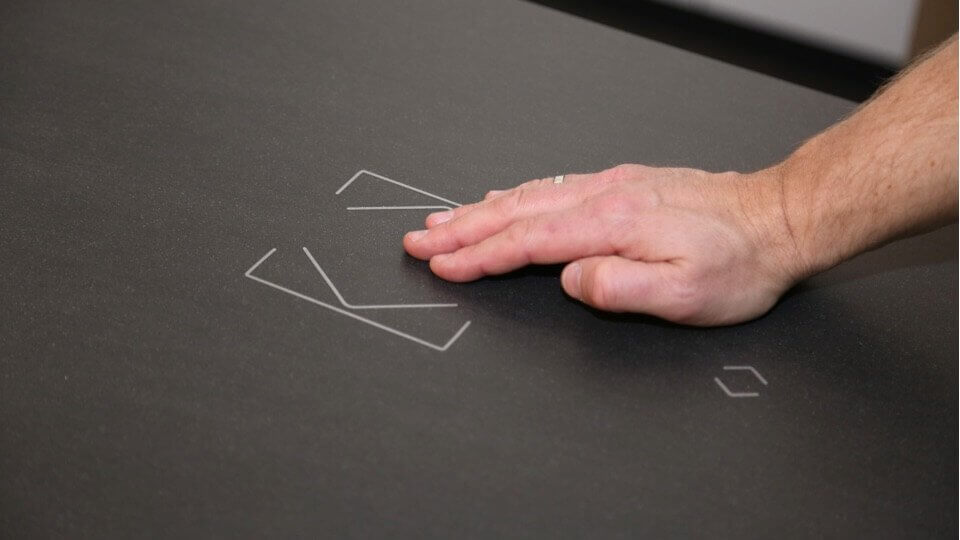 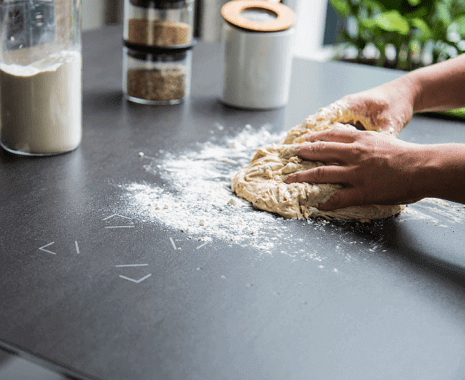 Time to create the prototype
Martin phoned a friend of his at Strasser, specialists in stone kitchen worktops. “Hannes, we have an idea. We need some samples with different milling designs.” In no time at all, stone samples were stacking up with our research and development team. Next step, soldering and experimenting – with the 3D printer turning out the first housing of the components.

“After 14 days, we had the first usable sample in our hands. We were thrilled with how it worked, and were sure that our customers would be too. And, of course, it had to be installed in our own kitchens as soon as possible.” The “Touch Surface” project was firmly underway with the code name “Excalibur”; which would see the early version of the “Pool Stone” being further improved.

What goes in the kitchen goes everywhere
With the realisation of the idea of being able to integrate control directly into a surface, new ideas quickly started to emerge of where else could this solution be used. “On the patio table! I inevitably need to control something when we’re sat at the patio table. My children weren’t in favour of the complicated remote control we had up to this point.” “How about at the coffee table? I would then have control of the lighting and volume always at hand.”

When the first prototypes were handed to the Loxone employees – also called Loxonauts – for testing, their creativity and imagination were fueled even further. A colleague who really enjoys listening to music in the morning decided to install one of these switches behind the tiles in his shower. “Yes! Finally, I can turn the volume up when one of my favourite songs comes on whilst I’m showering.”

What began years ago as an idea for a pool project is now a product available for everyone. Now anyone can turn any surface in their home into a point of control. Get creative yourself and, with the help of your Loxone Partner, see where you can implement a Touch Surface.

What began years ago as an idea for a pool project is now a product available for everyone. Now anyone can turn any surface in their home into a point of control. Get creative yourself and, with the help of your Loxone Partner, see where you can implement a Touch Surface.

Would you like to learn more about the possibilities in a Real Smart Home? Order a copy of our Welcome Home magazine for some smart home inspiration.